The visionary founder of Farm Share is making history in 2016. Miami-Dade County leaders gathered last Thursday to celebrate Women’s History Month. 12 women across different industries in the County were selected as exemplary pillars of service and leadership for women’s progress. Among them was Farm Share’s President and Chief Executive Officer, Patricia Robbins, recipient of the Community Spirit Award. 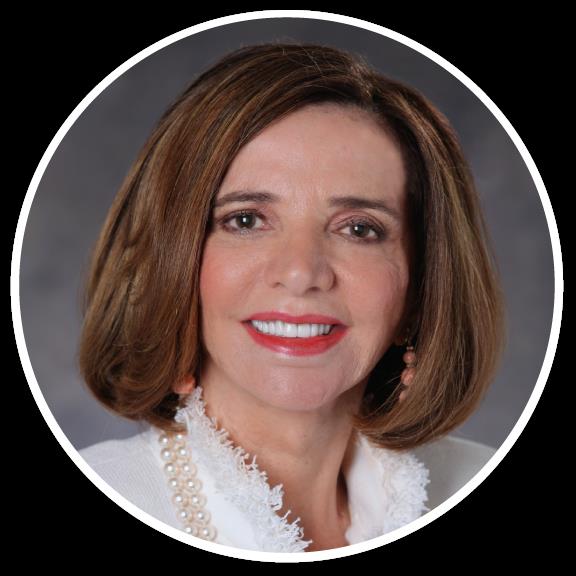 Farm Share President and CEO, Patricia Robbins
In the Company of Women was a dinner hosted by the Miami-Dade County Commission for Women, Parks Foundation of Miami-Dade, and Miami Dade Parks, Recreation and Open Spaces Department. Proceeds from the March 3 event went to support parks, parks programming, and particularly programs that foster the holistic development of young women. The Community Spirit Award recognizes an outstanding woman who, through volunteerism and service, has made a difference within her community.
Ms. Robbins was celebrated by the elite public figures of Miami-Dade for heading an organization that serves daily as a lifeline for the most needy communities in Florida. The scale and flexibility of Farm Share’s food redistribution operation- serving over 32 million pounds of food to over 4 million families- has qualified Farm Share and Ms. Robbins for renowned commendation from important leaders, including former Senator and Mrs. Daryl Jones, Commissioner Daniella Levine Cava, and the Mayor of Miami-Dade County, Mr. Carlos A. Gimenez.
Before beginning her second career in philanthropy, Patricia piloted her own private plane to transport commercial seafood for her seafood company, Robbins Seafood, in South Miami. As a native Floridian, Patricia has witnessed domestic hunger in her state first hand. For years, as she flew her plane over the abundant crops of South Florida, she tried to identify practical strategies for addressing hunger. After retiring in 1991, Patricia founded Farm Share, a non-profit organization recovering and providing fresh produce to the hungry in Florida. Using her unique expertise in business administration and her endless passion for agriculture, Patricia constantly strives to improve the quality of life for Florida’s elderly and impoverished families. She started the Farm Share program with only a desk, a legal notepad, and a rotary telephone.
This month, the civil servants and local leaders of Miami-Dade County are looking to honor those women in South Florida who are truly affecting change. With the In the Company of Women Awards, they stood to honor Patricia Robbins and the entire Farm Share community- donors, staff, and volunteers- for their shared impact on the daughters, mothers, and grandmothers of our state. As we continue with our mission here at Farm Share, we invite you to join us and serve. With Farm Share and its CEO and Founder Patricia Robbins, you are always in good company.

How vulnerable are we? Impacts of Climate of water,...